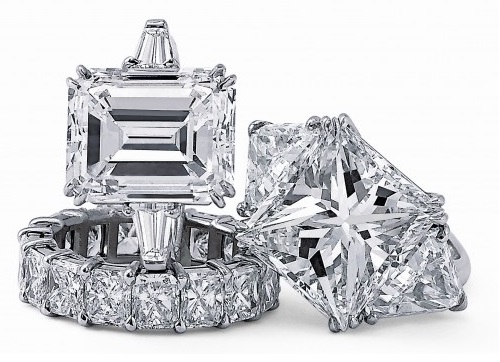 My name is Mariana, my husband’s name is Joseph and because I know that you are looking for James Allen reviews, I’d like to tell you our story about our experience with both the online and offline jewelry stores when buying our engagement rings.

Yup, you read right, rings. We are one of those lucky couples that got to go through the whole drama of buying an engagement ring – twice! Once from a reputable jewelry house and once from online store JamesAllen.com.

(Or if you want to just skip to the end comparison – scroll down!)

But let’s start at the beginning…….

Gary and I met at a Latin dance class (shhh, don’t tell his mates) we were both in our mid twenties, both had careers that we enjoyed and we soon found out that we had very similar tastes in movies, music and 80′s TV shows, but different taste in cars – Dodge Charger vs Gran Torino … anyone?

Any how, you know how the story goes from there, so let’s fast forward 12 months…….

We had talked about getting married and had decided that when the time was right Gary would do the asking. But because the engagement ring was something that was personal to both of us, which had to last for a very long time and which was a sizable investment for a young couple we decided that we would choose our ring together.

When Joseph asked me to marry him it didn’t matter that it was late, raining and freezing cold. The moment was perfect and so was he. So of course I said yes!

The next day we pulled ‘sickies’ from work and went ring hunting.

What an experience! Talk about intense pressure and not of the good kind.

We entered each of the 3 stores in our town full of hope and excitement, but came out of each one dismayed and discouraged. There was so much to learn and we were way out of our depths. How were we supposed to know what grade clarity we wanted, what each setting was and what on earth was a carat?! It’s not like they teach all this in engagement 101!

Add to this embarrassment the attitude of the staff – we obviously did not know what were doing, nor were we going to be spending a massive amount, so they really didn’t care whether we bought from them or not.

We felt like fools. I felt so sorry for Joseph. Somehow he thought that it was his fault that we hadn’t found anything. There was nothing for it, we went into our local, grabbed a quick beer and put together a plan – we were gonna get educated before the next ring hunt!

As soon as we got home we fired up the computer and after doing a quick search we ended up at the education center at JamesAllen.com – check it out before you go hunting for your ring, you won’t regret it.

We spent half an hour gathering all the information that we needed and around 2 hours marveling at all the beautiful rings.

We even designed our own! Seriously.

We chose a setting, a diamond, looked at it in 3-D, checked out how it would look on my finger and made our alterations until it was perfect.

It was beautiful. And it was way under budget.

But there was no way we were buying our special ring online – I mean how goofy would that be? Duh.

Besides we still thought that it would be nicer dealing with a person face to face and it was a big investment – what if things went wrong?

The next day armed with our new found expertise and design we hit 8 stores in a neighboring city and the branded stores like Tiffany and Company.

We checked and compared color, clarity, cut and carat and even remembered to make sure that we got a chance to view the diamonds in natural light. A quick heads up – most jewelery houses have special lights over their diamonds that make them seem to sparkle far more than they do in natural light.

When we showed the retailers our design and specs we saw their eyes light up, until we told them the price that James Allen would create it for us for. When we suggested that they match it they literally laughed us out of the store!

Deciding to settle for what we could afford and despite striking the same arrogant and even rude attitude from most of the sales staff we came across, we ended up with a rather nice little Platinum .77 carat solitaire diamond bought for $5200 – a tad over budget. (For those that want the other details it’s cut was Very Good, Clarity was VS2 and color was G)

We had it valued for insurance, and we were a little surprised when the valuation came out at $5000. No matter, we had our ring and could proudly show it to everyone as we began to enjoy our engagement in earnest.

Good luck in your own engagement ring search!